Quite a lot of guitar building in the workshop


The original guitar body was standard Tele - slab sided with no shaping/carving. Plus the cavity cover looked "like something you did in your shed" according to one on-line critic. As I pointed out, it was not created in my shed at all.


I did it in my workshop. But his point was right. This was the starting point ... 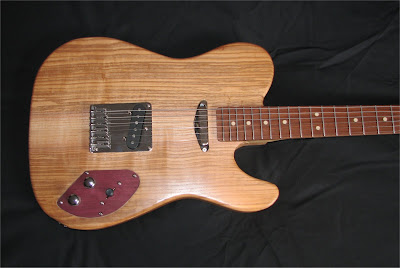 It was OK. It played OK, it sounded OK (BKPs!!), it looked OK. Ish. What's the point of making an OK guitar? So, time for some re-work.


The first task was to add a small belly carve. I the only person likely to ever play this guitar, so it obviously only needs a small carve to accommodate a small belly. 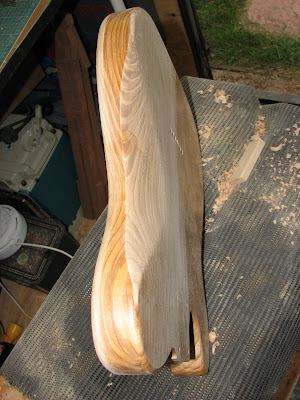 And then for something a little more dramatic ... some edge carving to the top ... 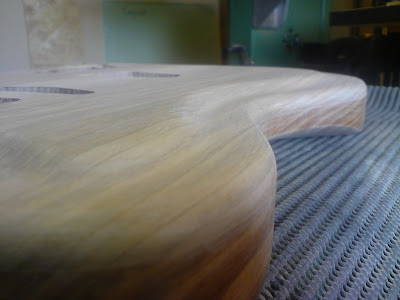 I used a router - freehand - to take about 3mm off the top of the body, in a curve more-or-less (I did say that it was freehand) matching the outline of the body. I then replaced the round-over, and spent a lot of time - a LOT of time - hand-sanding the ledge formed by the router to blend it into the rest of the body top.
That left a body with quite a thin waist ... 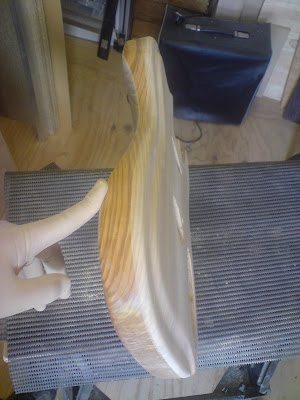 And something looking fairly different to the original Tele body.

Next - how to finish it?